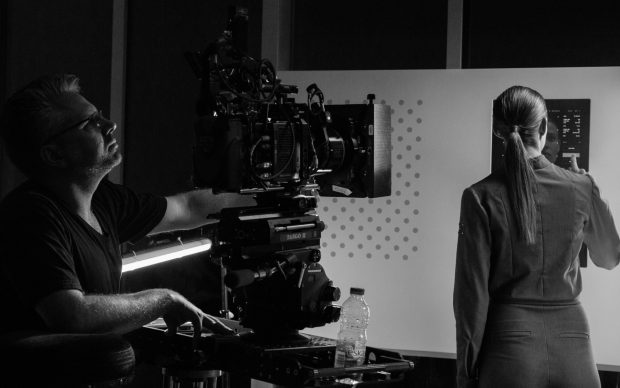 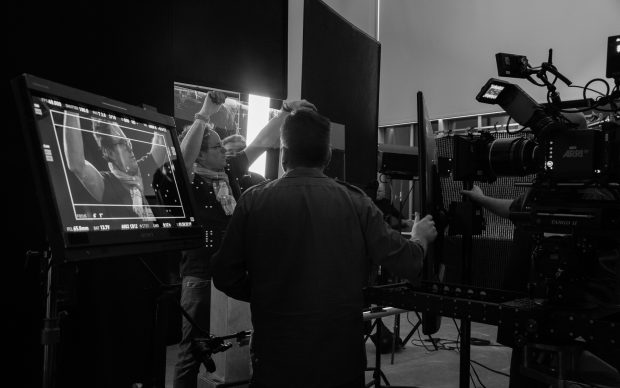 It was an honour to be asked by Arri to participate in the series of short interview films they made to celebrate their 100th anniversary. This was shot during the filming of season 2 of The Expanse. I was speaking about our use of the Alexa Mini and how it changed the way we were able to shoot the show.

Its been a long time since I cut together a montage of my work. Seeing as last year was particularly interesting with The Long Road Home and The Expanse Season 3 back to back, I felt it was time to try and showcase this diverse work in one place.  A true war story based on a book set in 2004, then a series set 300 years in the future! It struck me as I realized that all three works shown here are based on books! I really enjoy telling stories based on books, as well as true stories. Its great having that depth of source material to draw from when making a film.

So I cut short teaser trailers for both shows and combined them into one file. I’ve never made a proper Expanse teaser for myself, just been using  the trailers the network makes – which are great – but they focus more on words and graphics and less on visuals. I made a point of making the teasers for Long Road Home and The Expanse be without the spoken word.  I have always wanted to cut my own version to highlight our visual flare – just never had time. Unfortunately I can’t use season 3 yet as its still in post and not released… however I did combine Season 1 & 2 into one trailer.

Then there’s Killing Lincoln, which I shot in 2013. I am very proud of that work – its very different from these other projects as it is a period piece set in 1865, and it was recognized with an ASC award that year as well.

A few weeks ago I did a remote interview with a couple of guys from Freefly Systems to talk about our use of the Movi M15 on The Expanse. We also got into general film business discussions and how I got into the industry, as well as my background as a steadicam operator.

Every Axis is an original podcast from Freefly Systems and is produced at their HQ in Woodinville by Tabb Firchau and Evan MacDonald.

You can listen here:

After months of post, the time has finally come for the premiere of The Long Road Home. The first two episodes aired on National Geographic Channel last night (November 7th 2017). I shot episodes 3, 4 and 7 with director Mikael Salomon, while DP Yasu Tanida shot the other 5 episodes out of the 8 in total with director Phil Abraham. Mikko Alanne was our fearless showrunner who got us through the challenges. Seth Reed was our production designer who built 1500 feet of Sadr City streets.

The show was extremely challenging in terms of logistics, scope and schedule. We shot entirely in Fort Hood, Texas – with the full support of the US Army. Living and working in a major US military base added to the reality we were working on creating… as our massive sets to recreate Sadr City, Iraq were built within training areas of Fort Hood. We went through something like 200,000 rounds of blank ammunition, along with loads of explosives and det cord.

We are all very proud of the work, especially because of it being a true story, one which is close to the heart of the US army. We had several veterans who were there during the real event (Black Sunday as its referred to in military circles) workig along side us during filming – knowing we were telling their harrowing story gave us the inspiration to get it right on every level.

We shot primarily with the Arri Amira – usually 3 at at time. We also carried an Arri Mini. Panavision Dallas provided all the gear – we used Primo lenses which were detuned (we used the light version for the home front material and heavy for the Iraq scenes).

Below is a link to a behind the scenes documentary on the making of the show. 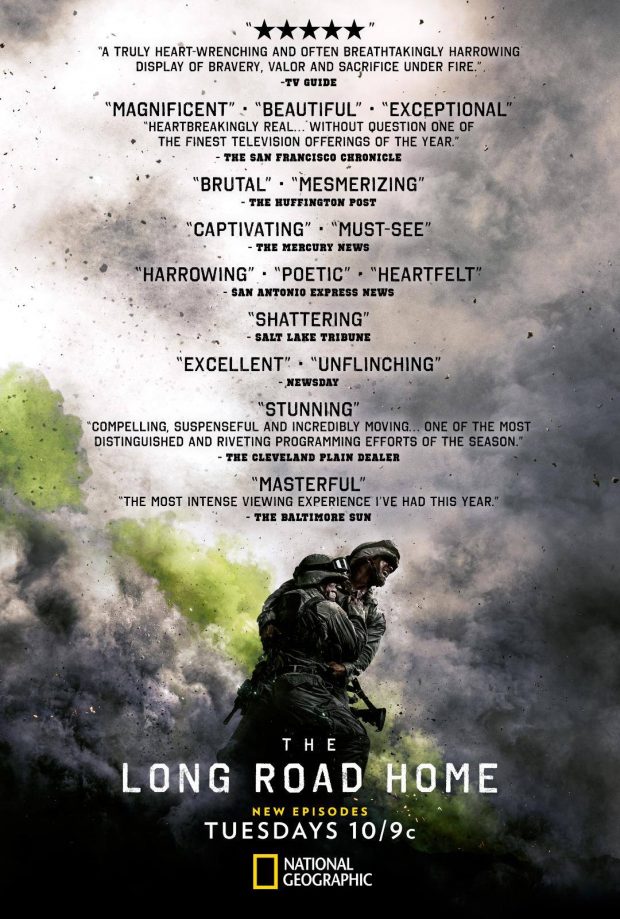 The Expanse team is assembling again in Toronto … for another adventure. I am excited to be back with everyone again. We will be seeing familiar faces and places, as well as new ones. Prep has been going hard for a few weeks now, our 76,000 square feet of stages are filling up pretty fast, lights are being installed into the sets as I write this.

Shooting will begin mid July and run till December, 13 episodes in total. 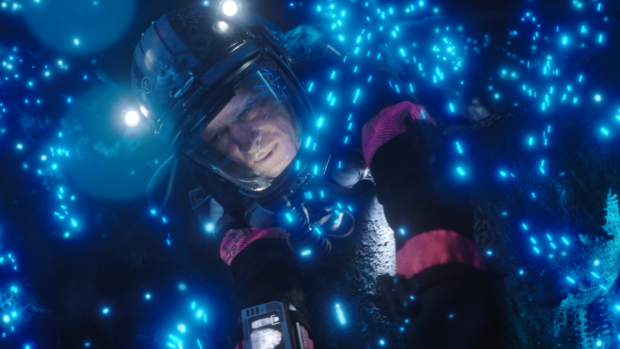 It’s been an intense, hot, dusty, sweaty, explosive and emotional ride here in Fort Hood, Texas over the last few months working on The Long Road Home – and last night was our unit’s last day of shooting. I’ve met amazing people: crew, creatives, Veterans and Army personnel. Now it’s time for me to head home to Toronto today. Goodbye Texas for now…. here’s a sneak preview, the first trailer so far. DP Yasu Tanida and I shared the show together with director Mikael Salomon and Phil Abraham.
http:/https://www.tvinsider.com/250124/the-long-road-home-national-geographic-trailer-martha-raddatz-iraq-war-book-video/ 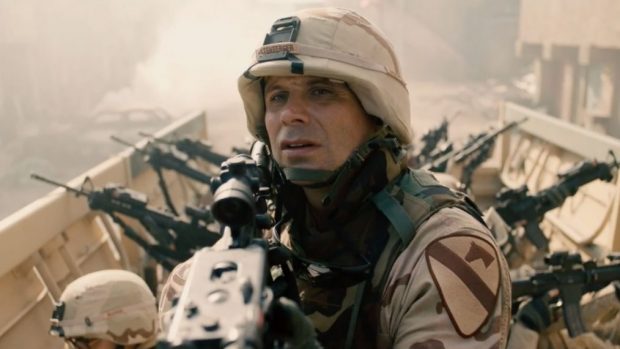 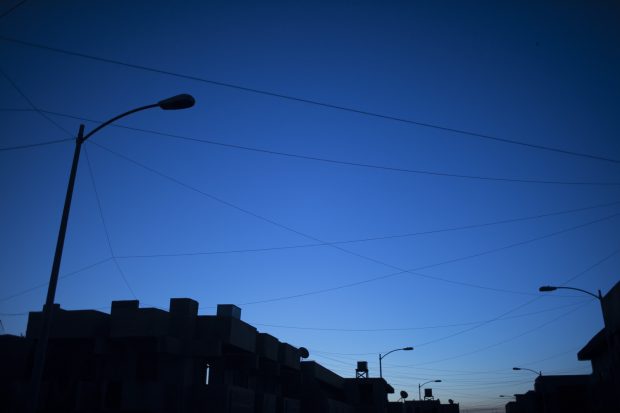 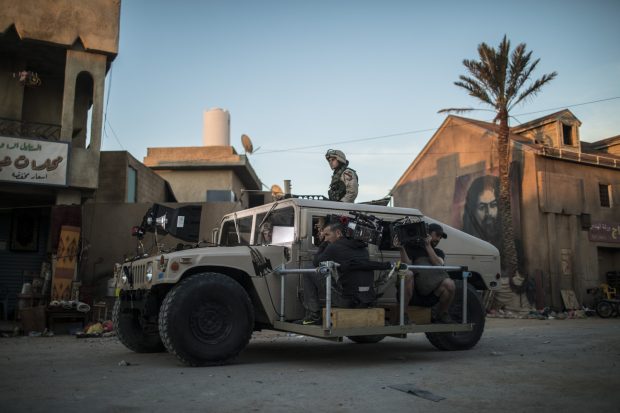 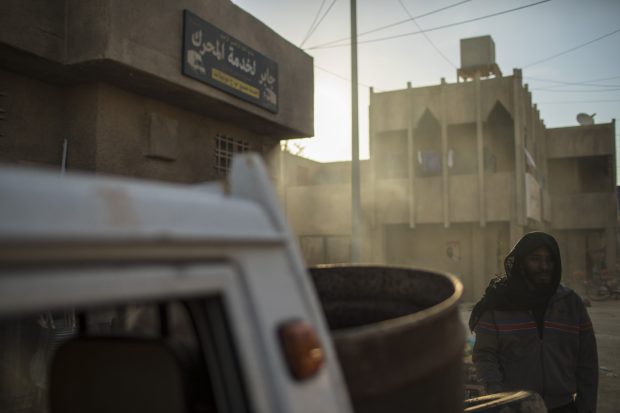 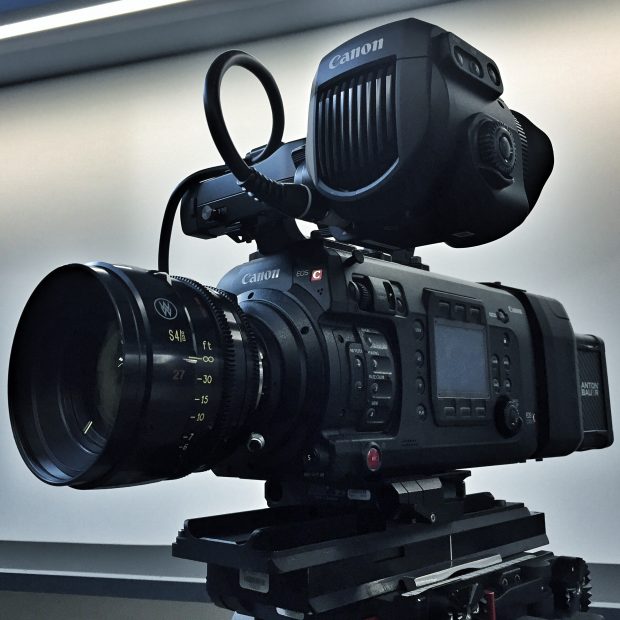 To round out 2016, we had the exciting opportunity to work with Canon Canada to create a short film with their new flagship C700 camera. This film will be featured as part of the launch which will take place January 12th at Canon’s Mississauga HQ. The film is five and a half minutes. We shot the film over 2 days in Toronto in early December, using a cafe and a former soap factory as our primary locations.

My partner Francis Luta came up with a moody concept which we thought would allow us to use the camera in a variety of lighting conditions as well as with different motion platforms. We had seen the films created by Canon USA and Japan, which are beautiful and certainly show how lovely this camera’s sensor is and its ability to capture a huge dynamic range with grace. So as not to redo what had already been done with these films, we wanted to create a film that was darker and grittier, to explore these abilities of the camera’s sensor.

We shot part of the film with the camera in anamorphic mode – using the Vantage V-Lite lenses. The other half of the film was shot with Cooke S5/i lenses. In the final piece, the aspect ratio changes accordingly. Everything shown in this film is in-camera; there is no green screen or VFX work. We simply graded the film with Walt Biljan at RedLab Toronto.  We shot  ProRes HQ 422 (4K) internally. This allowed us a maximum frame rate of 29.97fps. The camera has gorgeous image quality, its fantastic that Canon has brought this level of cinema camera to the scene as another choice of capture.

Working with Michael Darby at William F. Whites Toronto, we incorporated the Technodolly so that we could shoot a scene where we see a transition from day to night in the same shot. We also used his new Dactylcam Pro cable cam system combined with the new ShotOver G1 stabilized head to achieve some remarkable large sweeping shots that would have been impossible to do otherwise with the time and resources we had for this small shoot. 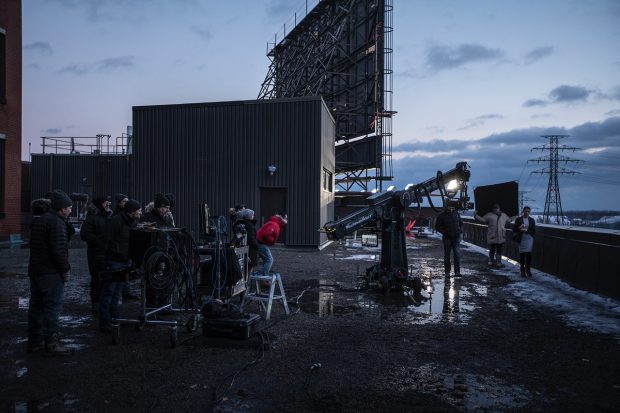 Technodolly shot on roof of Lever factory in Toronto – doing a 2-pass shot which takes us from day to night. Photo by Rob Dutchin 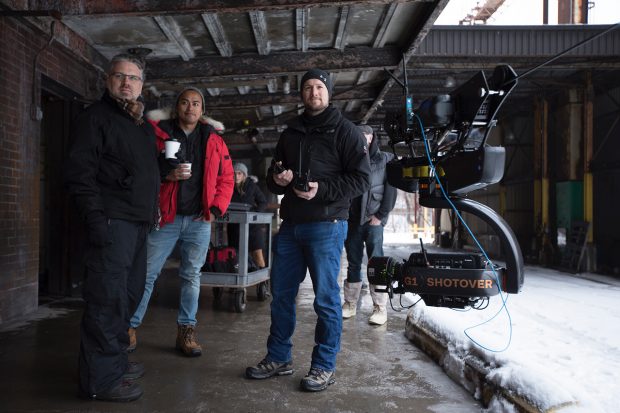 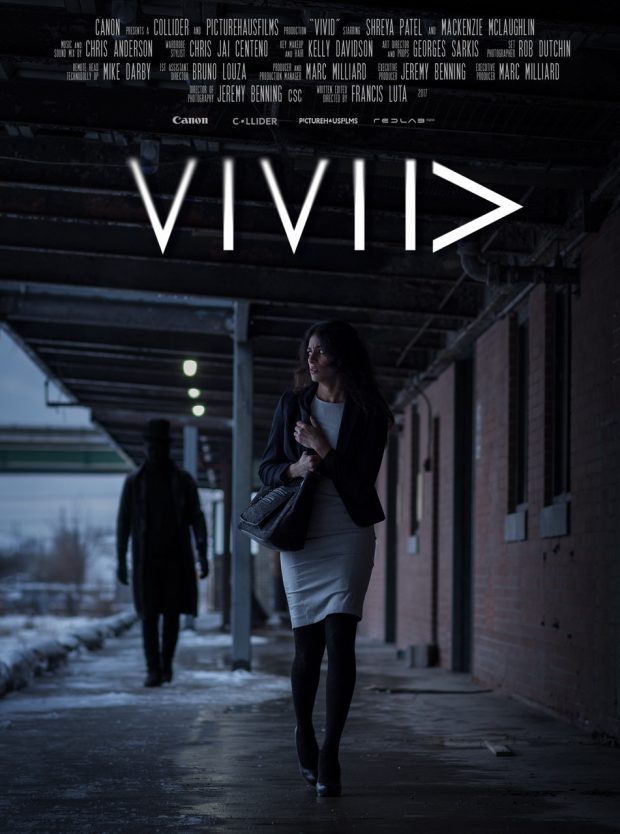 2016 was a busy year, full of many small side projects, commercials and of course season 2 of The Expanse. We are currently knee deep in grading season 2 at Deluxe Toronto.   The show is also now on Netflix International and Amazon Prime, its great to see new audiences discovering and enjoying the show.

Looking forward to 2017, there are many exciting things in the works. We hope to hear of renewal for season 3 in March… meaning we’d likely go to camera late summer/early fall. There are some other series and feature projects pending which may happen between the New Year and then.

Take a look at the newest trailer for season 2 here – which will premiere in SyFy in USA (Space in Canada) on February 1st (as a double episode premiere):